Mother Marie-Rose Durocher founded the Congregation with a deep commitment to the mission of apostolic education. Following in the footsteps of our foundress, we have continued to work in the school environment, carrying out many functions. Since arriving in Manitoba in 1874, we have been teachers and administrators in the following public, private and parish schools: 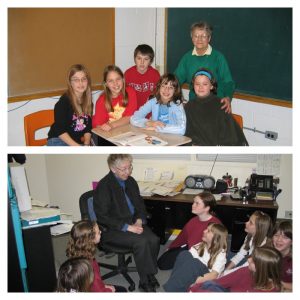 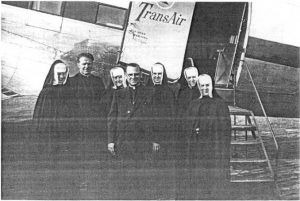 Educational Work Outside the School Network

The Sisters of the Holy Names of Jesus and Mary (SNJM) in Manitoba have also carried out education work outside of the formal school system. They have made their contribution in parishes and dioceses, as well as within community organizations and various institutions. They are still active today in some of these organizations.

The Sisters of the Holy Names of Jesus and Mary came to Manitoba in 1874 to teach at St. Mary’s Academy, the first Catholic school in the diocese for anglophones.

Nevertheless, they had not forgotten their francophone roots. In addition to English classes, the students were also offered French classes. On formal occasions, speeches were given in both languages.

In 1886, the sisters responded to the request to open the first French school outside the city, in Saint-Pierre-Jolys. Shortly thereafter, other rural French schools were created: Saint-Jean-Baptiste (1895), Sainte-Agathe (1899) and Somerset (1952). In 1898, the SNJM sisters took over the management of Académie St-Joseph, (Saint Boniface Convent), founded by the Grey Nuns.

When the teaching of French was formally forbidden in 1916, the sisters continued to teach it clandestinely. They took care to hide the French textbooks when government inspectors visited.

This approach allowed the Sisters of the Holy Names of Jesus and Mary (SNJM) to play an important role in the development of French immersion education in Manitoba. When teaching French was re-authorized in classrooms in the 1970s, the École Sacré-Cœur, run by the SNJM since 1905, was at the forefront of the movement in terms of French classes. In 1973, it became the first French immersion school in Manitoba. (Consult the PDF file of an article published in French only)

History demonstrates the tremendous influence of religious congregations such as the Sisters of the Holy Names of Jesus and Mary in maintaining Manitoba’s francophone and bilingual communities.

Consult the PDF file of an article published in French only. 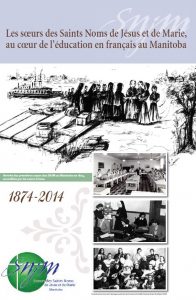 Perpetuating the Tradition of the Arts

One of the principal characteristics of the approach adopted by the Sisters of the Holy Names of Jesus and Mary (SNJM) is the integration of arts into education.
This striking feature has existed since the Congregation’s first steps in 1843. For Mother Marie-Rose and the Congregation’s pioneers, art was perceived as a fundamental component to promoting the full development of the human person. It was also a way of communicating across eras and in all cultures. SNJM’s teaching of the arts also highlights the importance of forms of expression in translating what we think and feel beyond words.
The Sisters of the Holy Names of Jesus and Mary, Manitoba province, have contributed to promoting the arts by integrating the teaching of music, visual arts and drama into the general education plan. Their contribution to musical and liturgical formation is well known, especially in the French-speaking parishes. 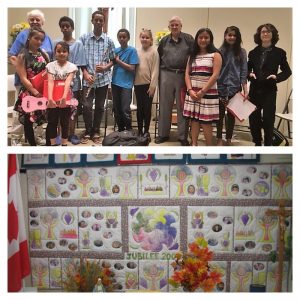 Concern for the poor and marginalized in society is at the heart of the SNJM mission. Promoting justice is a priority in our apostolic efforts in support of human rights, the dignity of the person and the health of our planet. 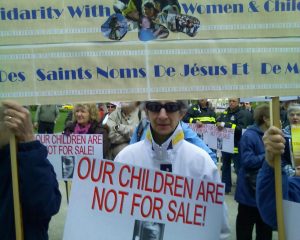 We are also committed to participating in the search for structures, relationships and actions to liberate life and transform oppressive systems. Our corporate stands feed our reflections and guide our efforts in education and our commitments in the community.