The SNJM in Solidarity with the CRC’s Declaration Against Racism 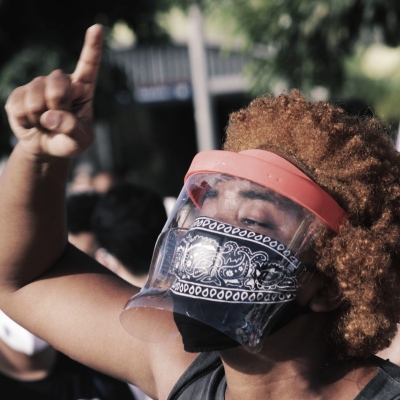 “Listen, learn, act: these three actions must guide our work against racism…” This statement sets the tone for the Canadian Religious Conference (CRC) Declaration Against Racism, unveiled last June in the wake of the events surrounding the death of George Floyd in the United States.

This organization, which brings together the leaders of 250 Catholic religious congregations in Canada, consulted widely with all of its members before finalizing this Declaration, and releasing it to the media. The rate of participation, and the nature of the sharing and comments received encourage CRC management to take a similar approach in the future.

Members of the Manitoba and Quebec Leadership Teams of the Sisters of the Holy Names of Jesus and Mary (SNJM) participated in this consultative process. They provided comments and suggestions in the formulations that were taken into consideration in the final text.

“I was happy with the changes.” said Sr. Lorraine St-Hilaire, Provincial Leader of the Manitoba SNJM. Her conclusion was corroborated by Members of the Quebec SNJM Leadership Team.

In addition to the SNJM’s contribution to and support of the CRC Declaration, the Declarations Against Racism of the Congregational Leadership Team and the U.S.-Ontario Provincial Leadership Team should be noted. Other anti-racism actions were carried out locally, including a poster campaign at the various residences of Sisters from the United States.

A call for solidarity to create real change

The CRC Declaration is intended to be inclusive as it reaches out to all people who are victims of racism, including people in the Black community, people of colour and Aboriginal people.

“The journey to ending racism is one of reconciliation. We commit to intensifying our educational efforts concerning all forms of exploitation, acknowledging our responsibility for slavery in Canada and in the abuse inflicted on Indigenous peoples throughout our history”, the Declaration states. It also refers to the tragedy of the missing and murdered Aboriginal women and girls in recent years in Canada.

The text of the Declaration emphasizes collaboration with other anti-racist allies and states “This solidarity is the key to forging new alliances for real change. »