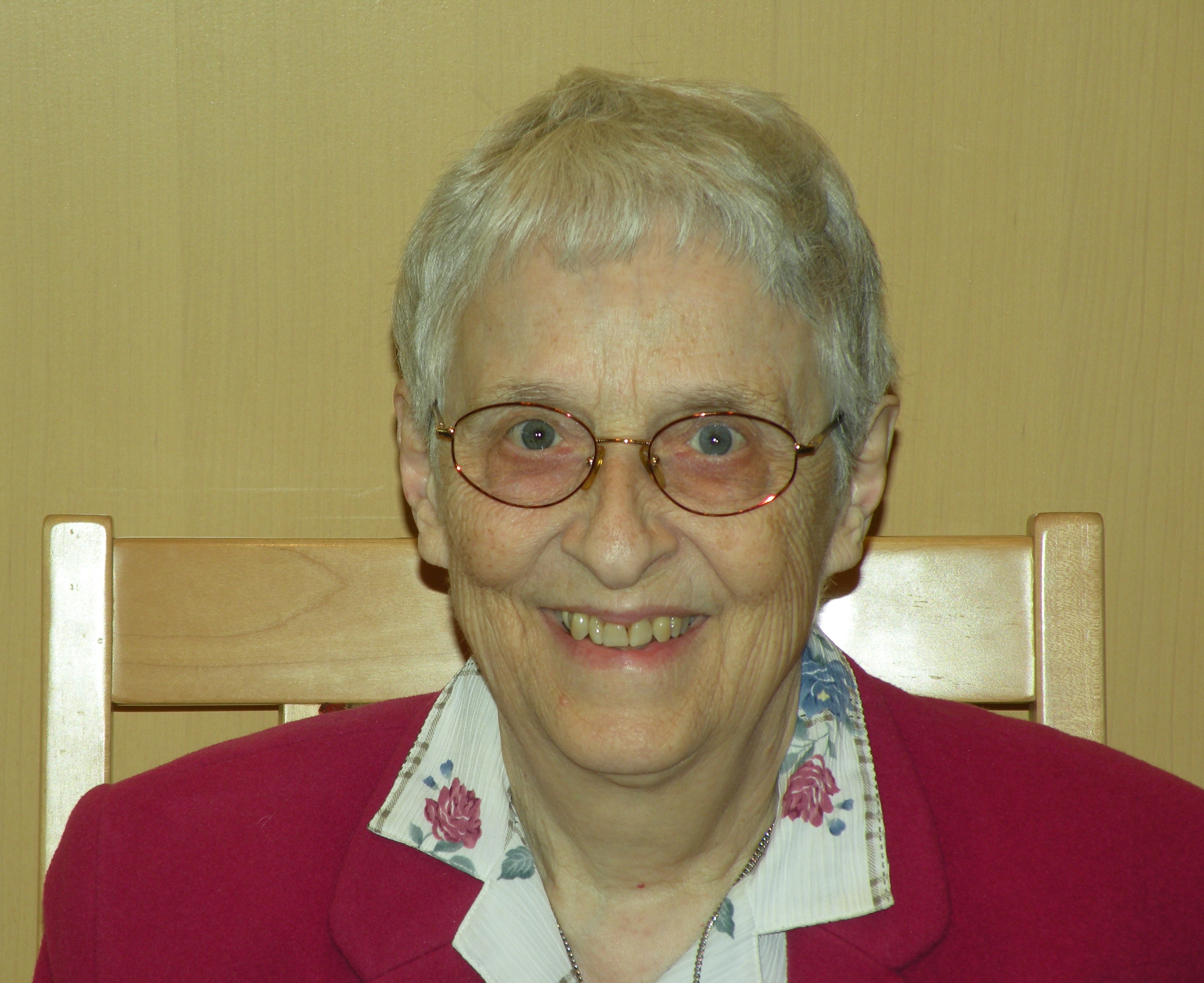 February 14, 1926 – December 1, 2018
Sister Berthe Valcourt (Sr. Louise-Henriette) resident at Actionmarguerite, St. Boniface, Manitoba died on December 1, 2018. She leaves in mourning, the members of her religious order, her sisters Émérence (Louis), Andrée, Gisèle (Edmond), Henriette, her brother, Georges (Barbara) and many nephews and nieces. May she rest in peace with her parents and sisters Rita, Angélique and her brothers-in-law, Denis Olivier and Bertrand Grisé.

The eldest daughter of Damien Valcourt and Exilda Bacon, Berthe was born in Sainte-Elisabeth, Manitoba on February 14, 1926. She did most of her schooling in St-Jean-Baptiste and St. Joseph’s Academy, St. Boniface.

In 1946, following the example of her teachers, Berthe started her religious training with the Sisters of the Holy Names in Outremont, Québec and made her perpetual profession on August 5, 1953. Upon her return to Manitoba in 1948, she pursued her studies and obtained a teaching certificate at Tuxedo Normal School and a bachelor of arts at the University of Manitoba. Mathematics became her favorite subject in which she excelled and also her students. She taught at Holy Cross School, St. Mary’s School, Sainte-Agathe, St. Joseph’s Academy, Saint-Pierre-Jolys and St-Jean-Baptiste for many years.

A woman of great generosity, Berthe gave many years in leadership for the sisters of her Order. There was also a time when she was involved in providing services of pastoral care for the sick members of her community. Her strong faith, her spirituality, her ability to listen, her solid judgment and her openness to others all contributed to easily gain the confidence and respect of her sisters.
Berthe’s mother spent many years caring for people in need of shelter, food and clothing and so did her daughter. In fact, Berthe was able to open a place where she and volunteers could display what was given and made it available to those in need, and not only clothes, but furniture and all accessories to furnish an apartment or a house. Vietnamese and Laotian newcomers were the first ones to benefit from her generosity but it did not end there. Her business hours were limitless and so was her generosity. Today, some still remember her and thank her. Some years ago, Jesus said: ‘Whatever you have done to the least of my brothers and sisters, you have done it unto me.’ May Jesus, now welcome her!