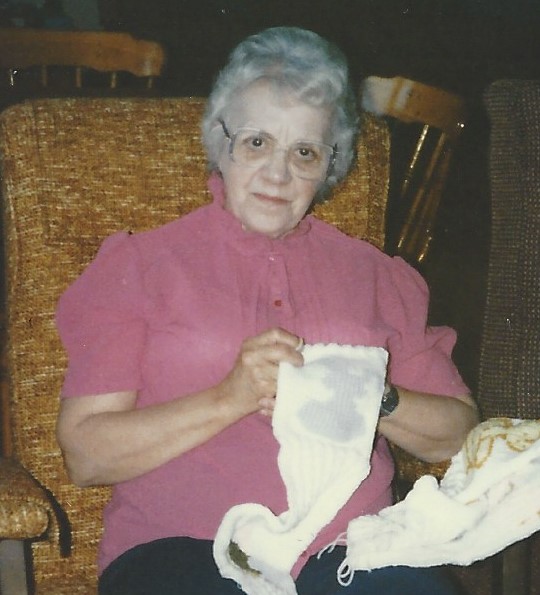 Born in St. Leon, MB on April 11, 1914, of Josephine (Landreville) and Esdras Fayette, Rose is the eighth child in a family of 13 children; nine girls and four boys. Rose always spoke highly of her close knit family. They lived very frugally on a farm in St. Leon. Sister Rose delighted in recalling how brotherly and sisterly love prevailed in all of their activities and how the family prayed together daily.

Concurrently, as she pursued her studies, she taught primary grades for 20 years, then high school for 20 years. Her career as an educator was spent in various Holy Names schools, mainly in Manitoba; parochial schools, public schools, St. Mary’s Academy private institution, Flin Flon and in Kenora, ON. Endowed with great creativity and resourcefulness and somewhat daring, Sister Denis used her giftedness for the benefit of her students, particularly so in the areas of practical arts and home economics. Her last three years of teaching were spent in Churchill, MB, where she taught most efficiently Home Economics classes in the Duke of Marlborough High School.

Upon her return to Winnipeg and St. Boniface, Sister Rose served her Congregation in several of their dwellings. In spite of failing health, she enjoyed participating in a variety of new activities. Thus, she spent six months in Outremont, Quebec, where she worked in the Marie-Rose Centre. How happy she was to be handling a variety of items and souvenirs linked to Blessed Marie-Rose Durocher, foundress of the Sisters of the Holy Names. For almost one year Sister Rose lived in Cap-Rouge, Quebec where she took courses in spirituality.

When in May 1998, she became a permanent patient in the Résidence Jesus-Marie infirmary, she found the days endless. She longed for her freedom, to do as she pleased and without relying on others. Gradually, her mental and physical strengths waned, so much so that she had to spend her days either in a wheelchair or in bed. She waited serenely for the Lords final call.