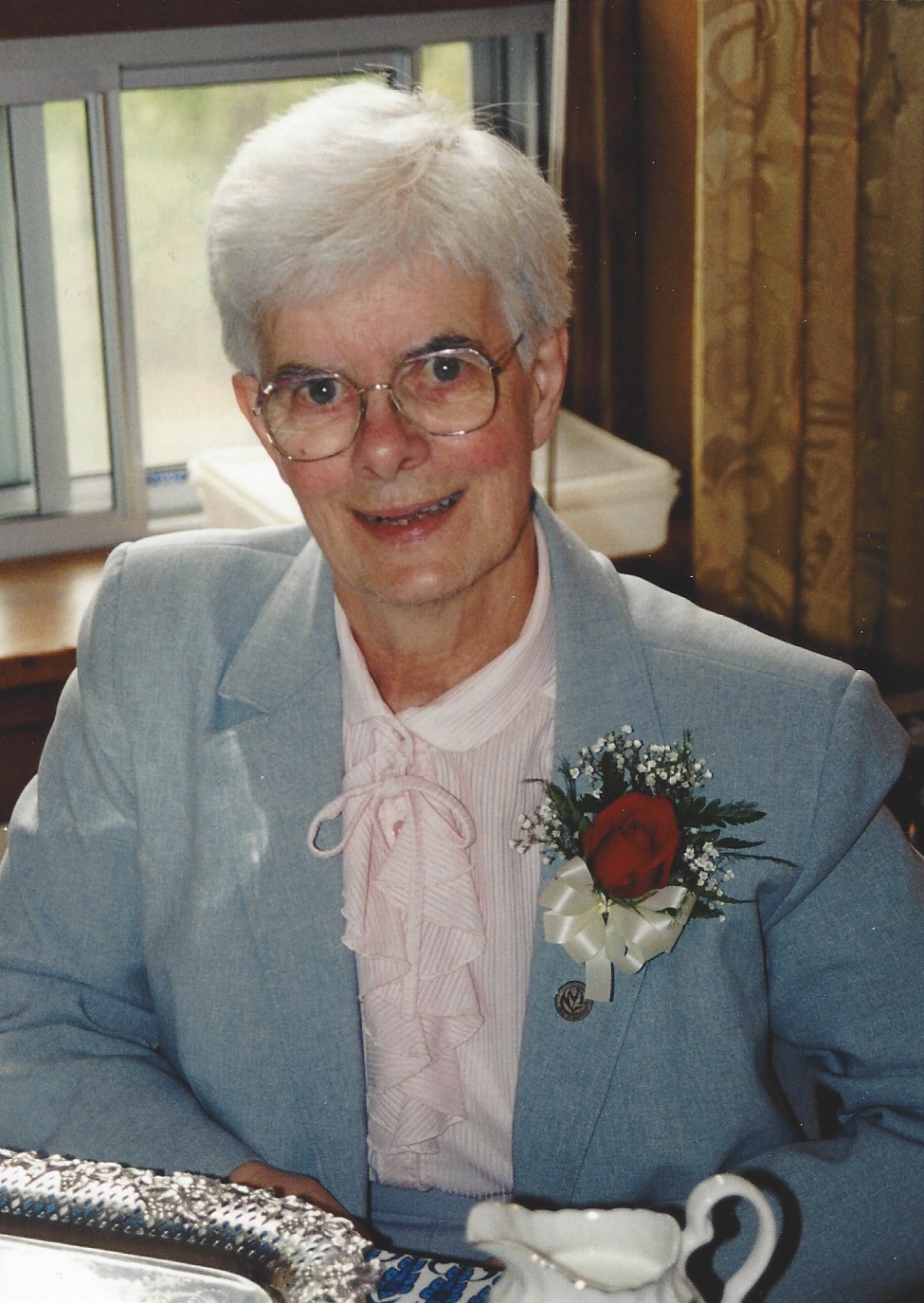 Very peacefully, on April 27, 2002, after a brief illness, Sister Stephen Francis (Mary Theresa Wall) passed away at the Résidence Jesus-Marie in St. Boniface. Sister was 76 years old. On March 26, Sister entered the hospital and learned, that same evening, the seriousness of her condition. The next morning, as she saw the Chaplain walking in the corridor, she called him. With the ingrained Irish faith that was one of her many beautiful traits, Sister fervently prepared herself to meet the Lord. During the following days, when many supportive family members and friends visited her, she reaffirmed her desire to answer generously her Masters last call.

Sister Stephen Francis was predeceased by her parents, Julian (Mulcahy) and Stephen Francis Wall; by her sisters, Eileen McKim, Patricia Macauley; her brothers, Francis and James. She leaves to mourn her passing her sisters, Kathleen Fraser from Montreal; Sheila Paul (Maurice), and Marguerite Ashcroft; her brother Stephen and his wife Adele, all in Winnipeg; many dearly cherished nephews and nieces and the members of her religious order.

Mary Theresa Wall studied with the Sisters of the Holy Names at St. Mary’s School and at St. Mary’s Academy in Winnipeg. In 1944, she entered the novitiate of the Sisters of the Holy Names in Montreal. Two years later, on her return to Manitoba, she taught in Winnipeg at Holy Cross, St. Ignatius, St. Mary’s School, St. John Brebeuf, St. Gerard and St. Mary’s Academy. She also taught in the Catholic schools in Kenora, ON. For numerous years, Sister was also very involved in “League for Life”, a cause that she really took to heart and for which she spent many hours doing volunteer work. She never missed the “Walk for Life” and, every year, she would be sponsored by family, friends and Sisters of the Holy Names. She was determined to make a difference in this world.