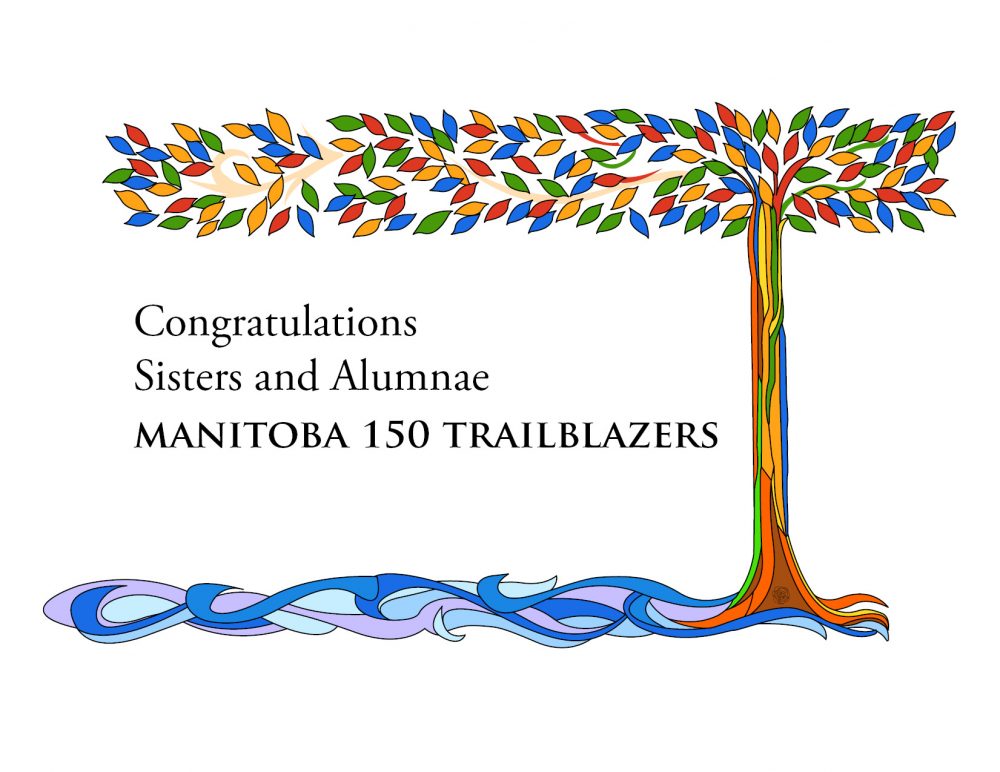 As Manitobans were preparing to celebrate the province’s 150 birthday in 2020, the Nellie McClung Foundation called for nominations for the 150 Manitoba Women Trailblazer Awards. These Trailblazer Awards were to “honour Nellie McClung’s vision by recognizing the spirit of her life’s work being advanced by women leaders of today or throughout Manitoba’s history.” The 150 Manitoba Women Trailblazers recipients were announced on January 28th, 2021, the 105th Anniversary of most Manitoba women being the first in Canada to receive the right to vote.

We are proud to report that the Manitoba community of The Sisters of the Holy Names of Jesus and Mary has been selected to receive recognition as a Manitoba 150 Women Trailblazer award recipient.

We are also pleased that three of our Sisters have been selected individually as Trailblazers: Sister Angelica of Mary; and two others who are alumnae of our schools – Sister Carol Peloquin (St. Jean-Baptiste, Duluth, Minnesota) and Sister Geraldine MacNamara C.M., LL.B, (St. Mary’s Academy ’55).

Former students from our SNJM schools were well represented in the 150 Manitoba Women Trailblazers recipient list:

Also worthy of recognition are the Sisters and alumnae who were among the more than 300 nominees:

Due to pandemic restrictions there will be no public celebration but the Nellie McClung Foundation will publish a virtual book recognizing award recipients and nominees.

Read about the Nellie McClung Foundation and the Manitoba 150 Trailblazers at https://www.nelliemcclungfoundation.com/about